To say Andy McNab has led an extraordinary life would be an understatement. From the day he was found in a carrier bag on the steps of Guy's Hospital in London through his years as a teenage delinquent, Andy McNab kicked against society. As a young soldier he waged war against the IRA in the streets and fields of South Armagh. As a member of 22 SAS he was at the centre of covert operations for nine years – on five continents.

During the Gulf War he commanded Bravo Two Zero, a patrol that, in the words of his commanding officer, 'will remain in regimental history for ever'. Awarded both the Distinguished Conduct Medal (DCM) and Military Medal (MM) during his military career, McNab was the British Army's most highly decorated serving soldier when he finally left the SAS.

Since then Andy McNab has become one of the world’s best-selling writers, drawing on his insider knowledge and experience. As well as several non-fiction bestsellers including Bravo Two Zero, the biggest selling British work of military history, he is the author of the best-selling Nick Stone and Tom Buckingham thrillers. He has also written a number of books for children.

A great number of his books have been typeset right here at Falcon, including the latest release, Line of Fire. A full-on action thriller that you won’t want to come to an end.

Backed into a corner by a man he knows he cannot trust, ex-deniable operator Nick Stone strikes a devil's bargain. In exchange for his own safety – a life for a life – Stone is charged with locating someone who doesn't want to be found, currently hiding out in the one of the remotest corners of the UK. And for the first time in a long time, he's not operating alone.

But Stone and his team don't find just anyone. They find a world-class hacker, so good that her work might threaten the stability of the western world as we know it. These are dangerous waters and Stone is quickly in over his head. Before he finally knows which way to turn, the choice is ripped out of his hands.

Most people might think of home as safety but Nick Stone isn't most people. For him and his team, it's just another place to get caught in the line of fire...

To get hold of your copy today visit Penguin Random House at https://www.penguin.co.uk/books/1112442/line-of-fire/

At Falcon we offer publishers the best service possible at excellent rates. Whether you need typesetting, keying, scanning or ePublishing solutions you will find our quality control and flexibility second to none. Meeting your deadlines and taking the stress away from the publishing process are our key aims. 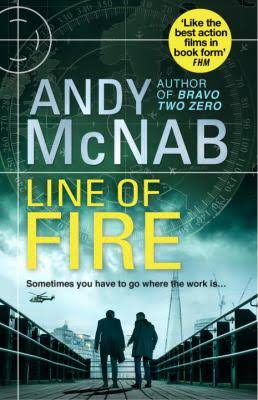