The Making of a Mountain

The backdrop to our stand at the 2018 London Book Fair was a rather athletic young man making his way up a pile of huge books with some very professional looking climbing gear, all set against a sweeping panoramic view. Since books that size – and people that small – are quite difficult to find, some of you may have wondered how this awe-inspiring scene was put together. Read on for a revealing insight into just how our in-house team took full advantage of the wonderful Photoshop to make the impossible come to life…
The first step was to source the right image. Luckily Shutterstock had the perfect one. 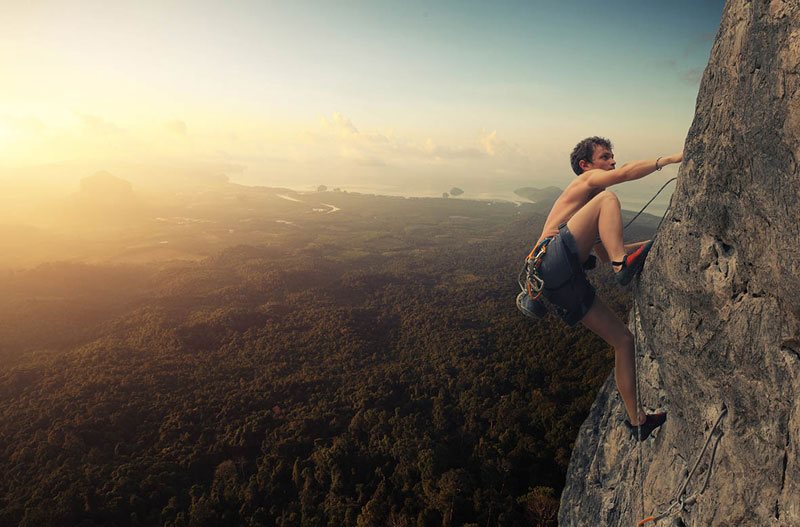 Then we needed a pile of books for our mountaineer to climb.

This was a tricky process. In order for the mountain of books to sit in the right place under the climber and look convincing we had to rearrange them a few times, placing the image against the climber each time to see if it needed tweaking a bit more. Eventually the image was ready to be added. 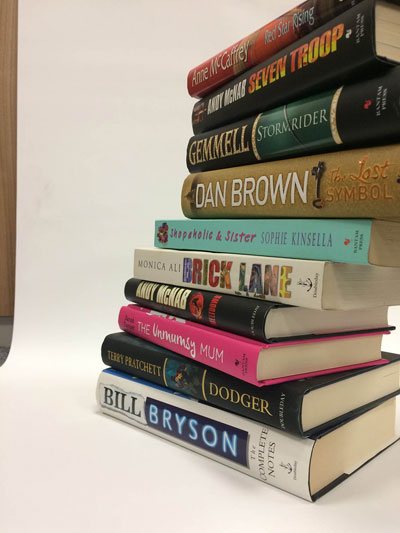 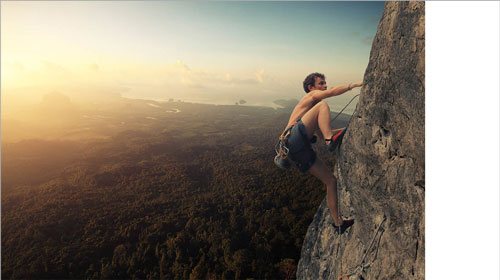 The magic of editing

Next we needed to cut out the climber and his equipment from the background so he could be placed over his new terrain. 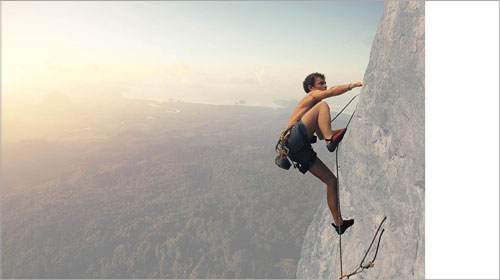 …and then the books were cut out and dropped in place… 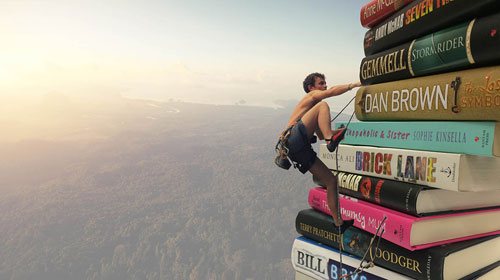 …and the background reinstated. 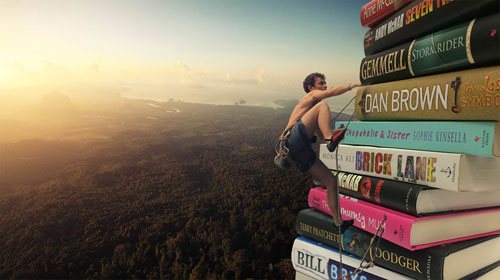 With the image now basically put together it was time to add those finishing touches that gave it that realistic touch. The eagle-eyed amongst you will have noticed that some sections of the ropes were missing and had to be added in, most notably the area above and below the climber’s right (top) foot where it was hidden behind part of the rock that was no longer needed. Other areas that needed work were where the rope disappeared into the rock, which was now where the word ‘mum’ appeared on the pink cover. To make this look like the rope was threaded through holes in the book cover we partially blended the image of the books into the rock wall behind. The effect worked well. 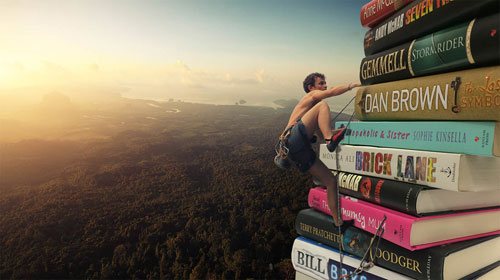 And then the final image was ready to have the captivating graphics added and go to the printer.

The finished graphic was nearly 3 metres wide and stood up well to close inspection, creating a really dramatic backdrop to our stand. 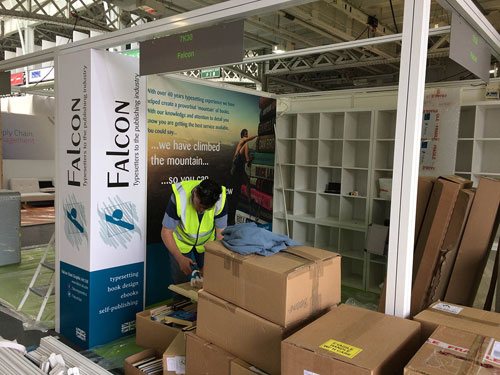 If you have design or print requirements, or a campaign you feel could benefit from being visited by our Photoshop experts, we are happy to help. Give us a call on 01580 766001 for a friendly ear and some expert advice. 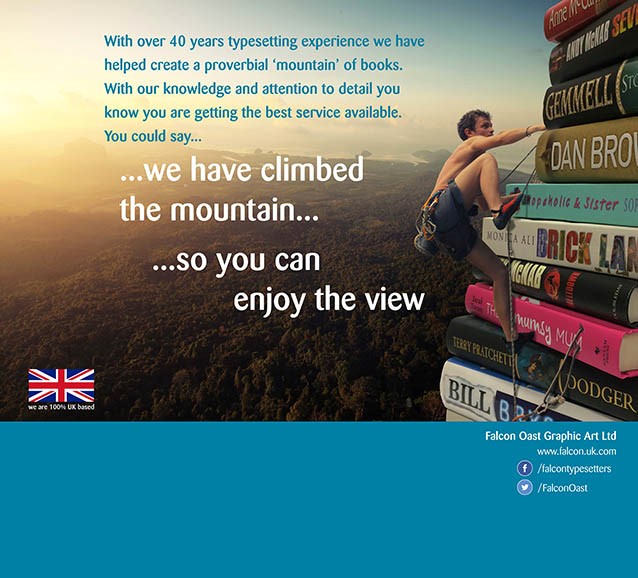