The idea for the Book Mountain came about when designing our stand for the 2017 London Book Fair at Olympia. It proved such a big hit we decided to exhibit again in 2018 and bring back the Mountain … but even bigger the second time around.

Having been in business for over thirty years, but not having ventured out of the office for the last twenty of them, we decided the best way to reintroduce ourselves to the industry was by taking a stand at the Book Fair. We wanted to get across the huge number of books we had typeset since the company was founded by giving visitors to the show something visual that made an instant impact. We also wanted to have some sort of competition running to act as an ice-breaker and get people talking to us. 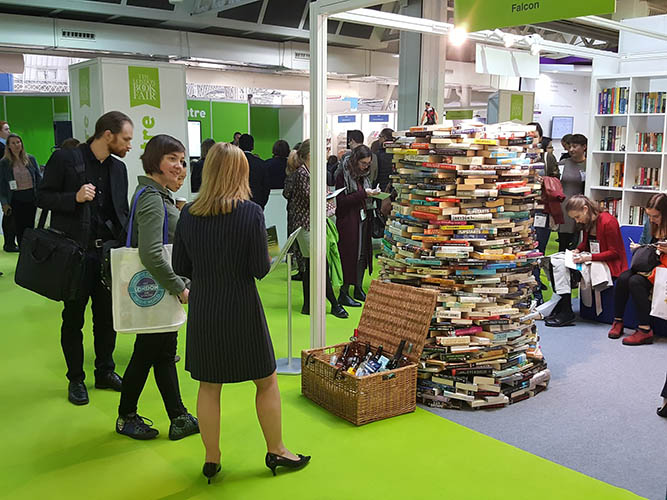 The Falcon Book Mountain is born

Hence the idea of a Book Mountain was born, with a competition to guess the number of books used in the build and the first prize of a hamper of luxury goods for whoever made the closest guess. The idea was an instant success. The Book Mountain drew in the crowds. Because of its location at the front of our stand, and because pretty much everyone at the London Book Fair loves books, visitors to the show were fascinated by the structure.

Our 2018 stand was in a particularly busy location on the upper floor, occupying a bustling space on the walkway between the two main halls. With the Book Mountain front and centre of the stand it was clearly visible from quite a distance in several directions and drew intrigued visitors who would probably otherwise have walked by without a second glance.

The Book Mountain construction was a bit of a labour of love. 2018’s Mountain contained nearly 1400 books and took many hours of careful work to make sure it was safe for the exhibition open days. 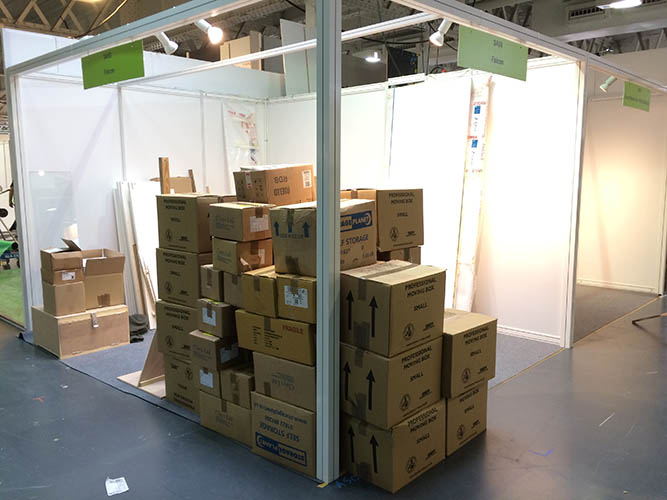 The Mountain arrived on the Sunday before the show in its boxed form and assembly began. So many people asked the question, ‘Is it hollow or are there books right through?’ Well, here’s your answer… 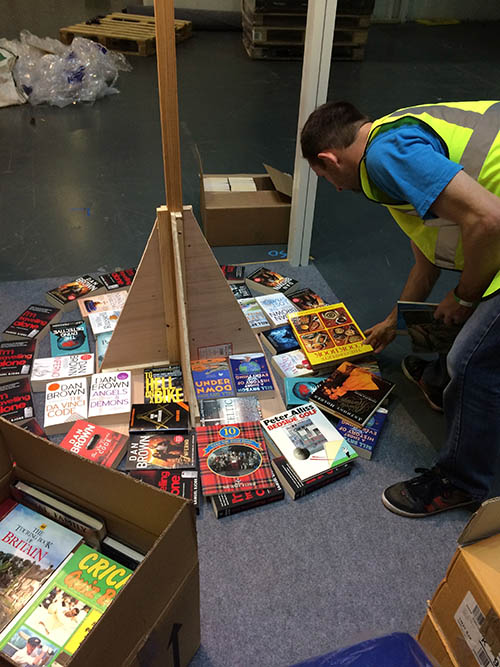 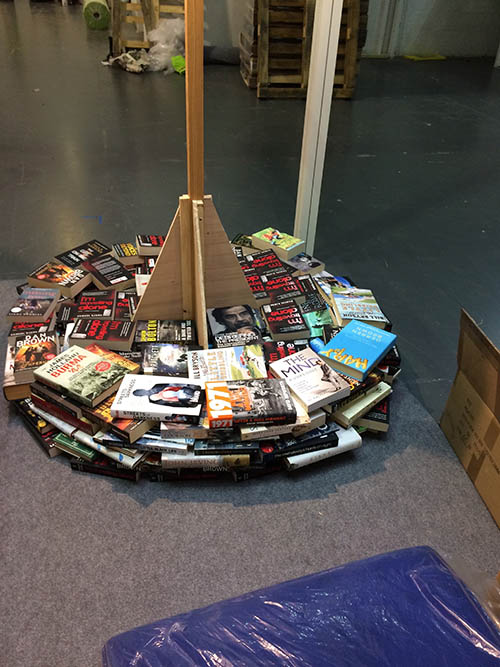 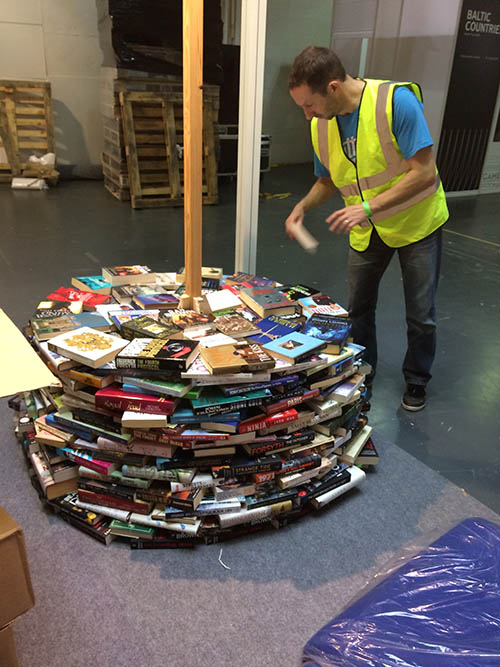 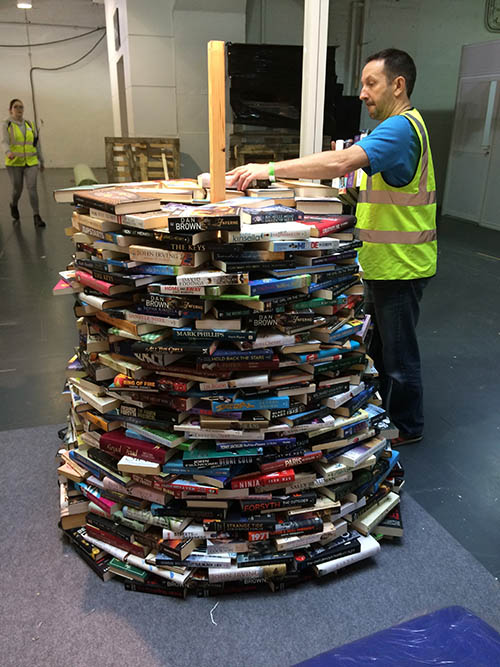 The other question asked quite a lot during installation was, ‘Do you do dry-stone walling for a living?’ And the answer is no, but if you want a mountain of books built give us a call. 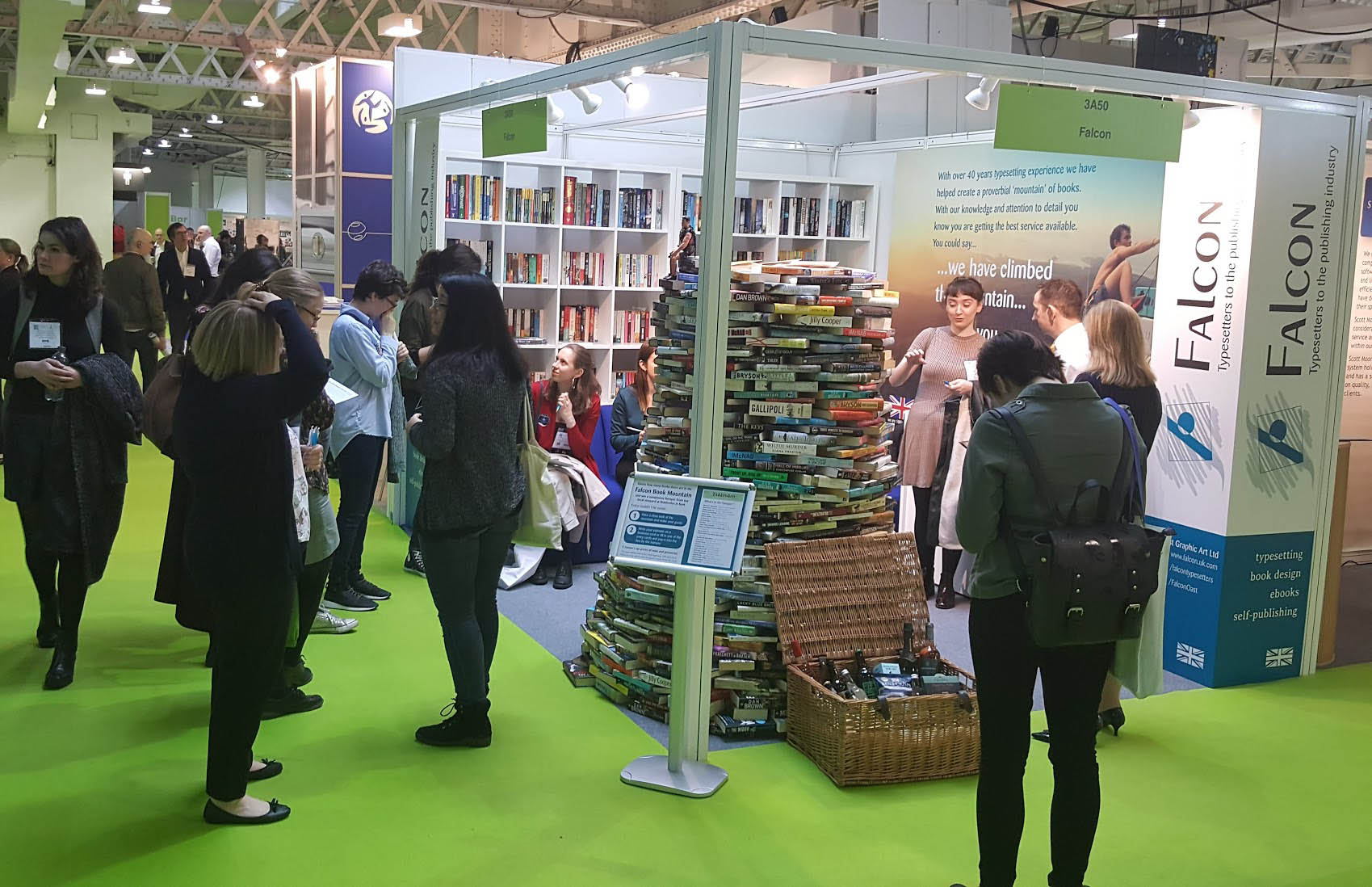 After two years the Falcon Book Mountain has, for now, been retired. We had such an overwhelming response and met so many wonderful people who share our love of books that there is a chance it could be rebuilt in a slightly different incarnation in the future. Although the Mountain is made up of titles Falcon have set over the last thirty years, several authors have asked if they can add a copy of their book into the build. We feel this is a great idea and are seriously considering making this happen at some point in time. For now, however, we would like to thank everyone who has visited our stands and taken part in the Book Mountain competitions. We hope you enjoyed the Mountain as much as we did!